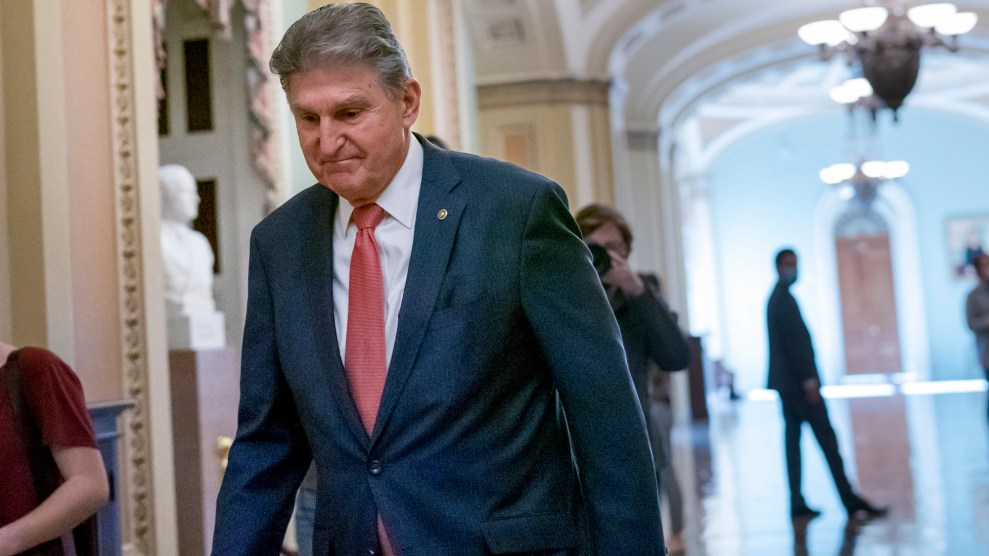 It’s official. Sen. Joe Manchin (D-W.Va.) said this morning on Fox News that he won’t support the Build Back Better bill, effectively killing the Democratic Party’s $2 trillion sweeping domestic policy proposal. “I tried everything humanly possible. I can’t do it,” he said. “This is a no on this legislation. I have tried everything I know to do.”

Watch the latest video at foxnews.com

Manchin has been hinting for months that he wouldn’t support the centerpiece of President Joe Biden’s agenda, raising opposition to its overall price tag as well as measures that would have extended a poverty-busting child tax credit and paid family leave, imposed a methane fee on emissions from fossil fuel producers, and expanded Medicare to cover hearing aids for the elderly.

Democrats responded on Sunday with outrage and despair. Sen. Bernie Sanders (I-VT) told CNN’s Jake Tapper that Manchin “will have a lot of explaining to do to the people of West Virginia, to tell him why he doesn’t have the guts to take on the drug companies, to lower the cost of prescription drugs, why he is not prepared to expand home healthcare.” Sanders suggested that Democrats bring the bill to the Senate floor for a vote to force Manchin to put his “no” vote on the record. “Let Mr. Manchin explain to the people of West Virginia why he doesn’t have the guts to stand up to powerful special interests,” he told Tapper. “If he doesn’t have the courage to do the right thing for the working families of West Virginia and America, let him vote no in front of the whole world.”

"If he doesn't have the courage to do the right thing for the working families of West Virginia and America, let him vote no in front of the whole world." Sen. Bernie Sanders reacts to Democratic Sen. Joe Manchin saying "no" to Biden's Build Back Better Act. #CNNSOTU pic.twitter.com/oEQaD19tAd

The bill is loaded with extremely popular provisions designed to shore up the “care economy” to support families from birth to death, with expanded child care assistance, universal preschool and help for people caring for aging family members. The bill set aside money for pandemic prevention and would also devote $550 billion to combatting climate change. Most of it would be paid for with higher taxes on the ultra-wealthy. Read here to see just five of the good things you probably didn’t know were in the bill and which are now probably never going to happen, not because of Joe Manchin but because this is America, a failed democracy, where not a single Republican senator will support any legislation that would actually make people’s lives a little better.