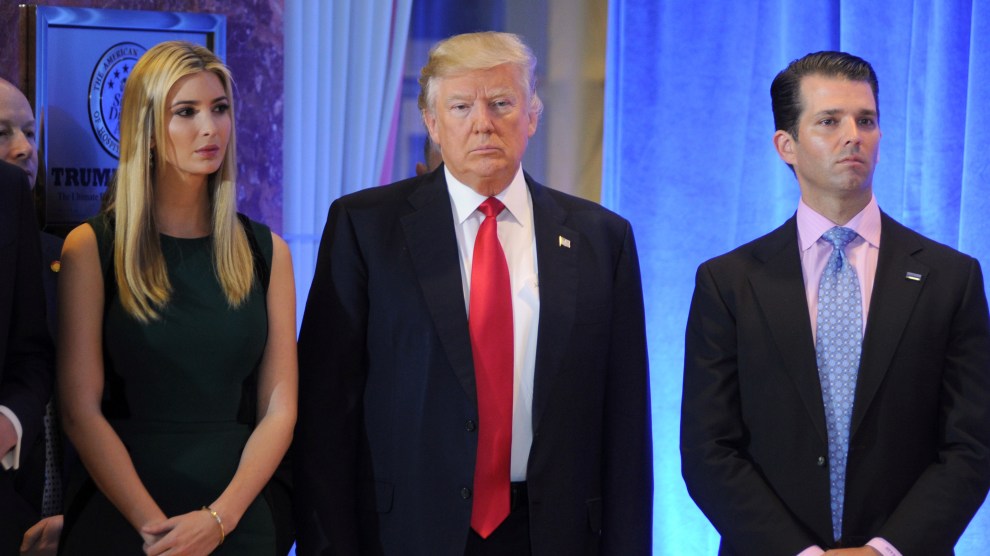 New York Attorney General Letitia James is ramping up her civil investigation into the Trump Organization’s business practices. On Monday, court filings showed New York is subpoenaing two of Donald Trump’s children, Ivanka and Donald Jr.—who have already said they won’t comply. The filing also confirmed James had subpoenaed Trump himself, which was reported a month ago.

As my colleague Russ Choma wrote in May, James’ investigation has been ongoing since 2019. The probe, he wrote, “included questions of whether Trump had fraudulently inflated or deflated the values of his properties when seeking loans or tax breaks.” Another Trump son, Eric, already sat for a deposition relating to the case in October 2020.

But Ivanka and Donald Jr., who have both been heavily involved in the Trump Organization, aren’t handing over any documents without a fight. The two have filed already filed motions to end the subpoenas, ABC News reports.

Because this is a civil investigation, James could file a lawsuit if she finds sufficient evidence, but she could not press criminal charges. However, James’ office is also involved in a criminal probe, spearheaded by former Manhattan DA Cy Vance, of potential tax fraud by Trump Organization CFO Allen Weisselberg. Vance, who left office last week, is leaving the investigation to his successor, Alvin Bragg.

The Restoration of Workers’ Legal Rights Has Begun

Why Authoritarian Regimes Bother With Elections