by Dan Spinelli
in POLITICS 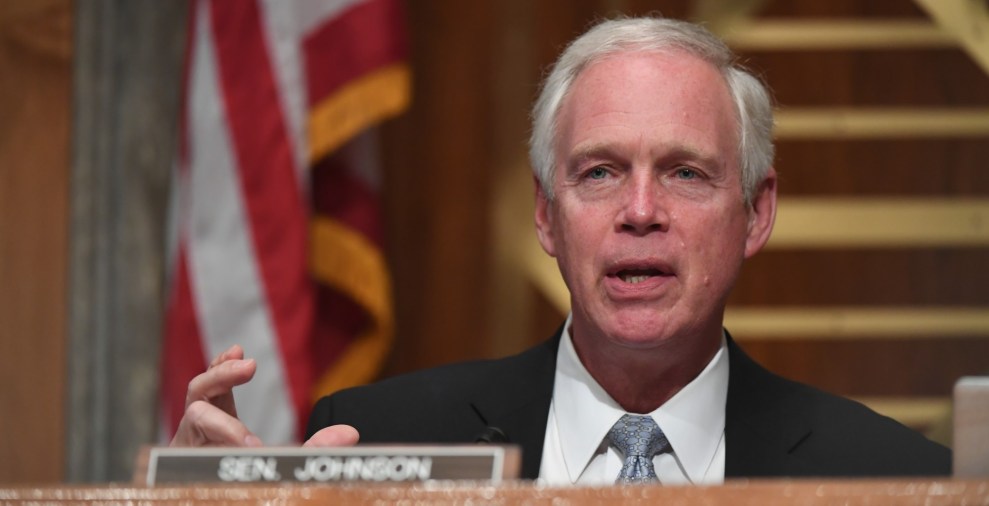 Ron Johnson, one of the more devoted Trump loyalists in the Senate, is running for reelection in Wisconsin. After originally saying he would retire after two terms, Johnson’s reversal, which he announced in a Sunday Wall Street Journal piece, tees up a close race in Wisconsin that could determine control of the Senate.

“During the 2016 campaign, I said it would be my last campaign and final term. That was my strong preference, and my wife’s—we both looked forward to a normal private life,” Johnson wrote. “Neither of us anticipated the Democrats’ complete takeover of government and the disastrous policies they have already inflicted on America and the world, to say nothing of those they threaten to enact in the future.”

He did not spell out these “disastrous” policies, but went on to write that “countless people” have urged him to run in order to keep speaking “truths the elite in government, mainstream media and Big Tech don’t want you to hear.”

Again, Johnson offered no specifics, but over his ten-year Senate career, he’s not exactly won a reputation as a truth teller. He’s been a ringleader in spreading misinformation about Covid vaccines and promoted conspiracies about treatment for the virus. Within Wisconsin, he’s repeatedly echoed Donald Trump’s bogus claims about election fraud in 2020 and urged state Republicans to illegally defy Democratic Gov. Tony Evers and assert unilateral control over federal elections.

He’s an old school Republican—climate denier; Atlas Shrugged literalist—with Trump era chutzpah. He said the January 6 rioters were “people that love this country, that truly respect law enforcement, [and] would never do anything to break the law.” (More than 100 police officers were injured during the insurrection.) What would have scared Johnson? If the rioters were affiliated with Black Lives Matter.

Johnson narrowly won reelection in 2016, but Democrats reacting to his pursuit of a third term seem primed for a much closer—and more explosive race—this time around. “He’s an active menace to American democracy, a threat to public health and an economic saboteur of the middle class,” Ben Wikler, chairman of the Wisconsin Democratic Party told the New York Times. “His sole redeeming quality in public life is that in 2022, he’s going to inspire Democrats to organize and turn out.”

The Inflation Suspense Goes On