by Simon Whalley
in (REAL) NEWS

Our politicians, flush from millionaire/billionaire campaign contributions, like to pretend that the cost of dealing with the climate and biodiversity crises is prohibitively expensive and pretend that we should wait until the cost of solutions come down before we act, but is this really true?

In their 2019 Emissions Gap Report, the U.N. states that transitioning to a zero-carbon economy by 2050 will cost between $1.6-$3.8 trillion annually. While this is an enormous amount of money, to put it into context, $16.7 trillion was spent globally by May 2021 on COVID-19 measures. It is also worth noting that should global temperatures warm by 2C, then the cost to the global economy is estimated at between $10-$20 trillion a year, a fivefold increase. The cost of action will rise each year governments drag their feet. It will never be cheaper than $1.6-$3.8 trillion.

Now we have seen what it will cost, the big question should be where this funding comes from? One source of funding could come from military budgets which total approximately $2 trillion a year and contribute around 6% of global CO2 emissions. As military budgets are sold to citizens as a defense strategy, their use to defend us from runaway climate chaos is clearly warranted. A further source of funding, and one that is equally justified, is a global wealth tax on millionaires and billionaires. Why is this justified? Well, research is clear that emissions are closely correlated with wealth, and as we live in a world where we are taught to be responsible for our actions, it seems fair that the more you have contributed to the problem, the more you should pay to solve it. Research by Oxfam and the Stockholm Environment Institute found that the richest 10% (over $38,000) were responsible for 49% of emissions, the richest 5% contributed 37% of emissions while the wealthiest 1% (over $109,000) created around 15%. The poorest 50% of humanity contributed almost nothing. This should be enough evidence to refute the often-cited words that population is the problem. If the top half of earners lived like the bottom 50% then global emissions would be just 14% of their current total and could be balanced through natural carbon sequestration. 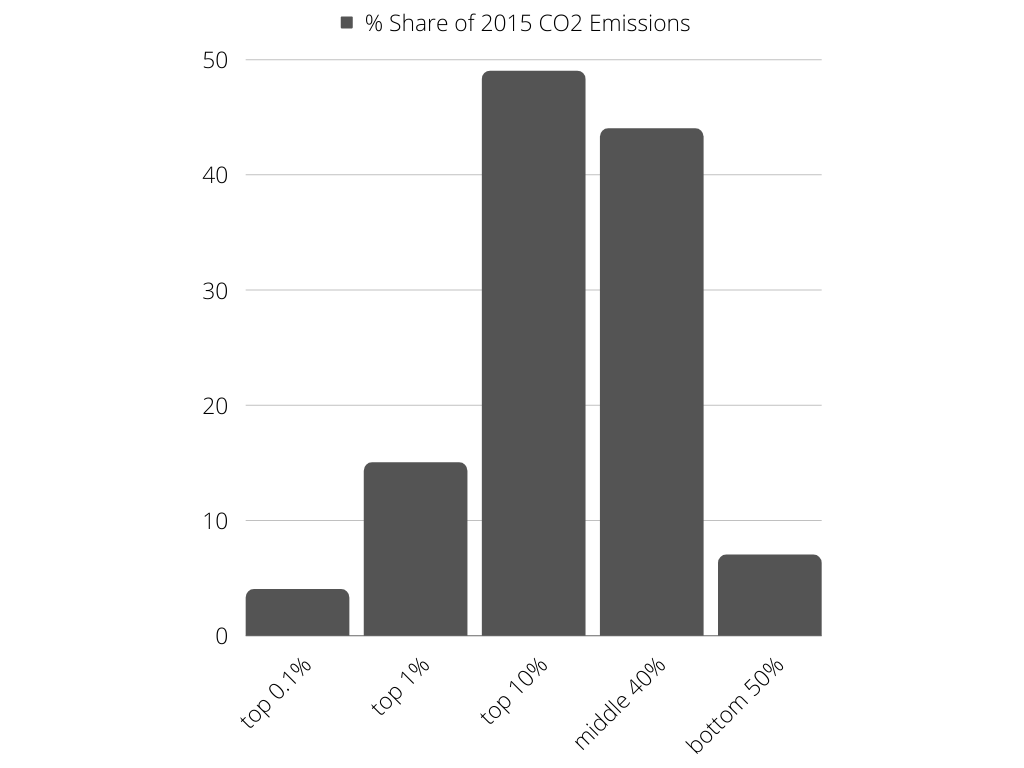 Now that we understand the cost of solving the crisis, and we know that the wealthier you are, the more you have contributed to the planetary crisis unfolding, could we now work out how much the wealthy need to pay in order to fund a transition to a zero-carbon economy? A 2022 report from OXFAM, Patriotic Millionaires, the Institute for Policy Studies and Fight Inequality has done just that.

They calculate that there are 3.6 million citizens with more than $5 million in the bank, 183,000 citizens with more $50 million and there are 2,660 billionaires. According to their findings, if we were to tax these global citizens at 2, 3 and 5% respectively we could raise $2.52 trillion. If we added slightly higher tax rates of 2, 5 and 10% then $3.62 trillion could be raised annually. A simple wealth tax on those who have contributed the most and can easily afford it would be enough to fund the U.N. estimated zero-carbon transition. It wouldnt need to saddle future generations with any debt. Should governments start to take our predicament seriously and decide that 2050 is far too late to keep warming within 1.5C, then we could add the money from the global wealth tax to global military budgets and we would have $5.62 trillion to fund a rapid transition. 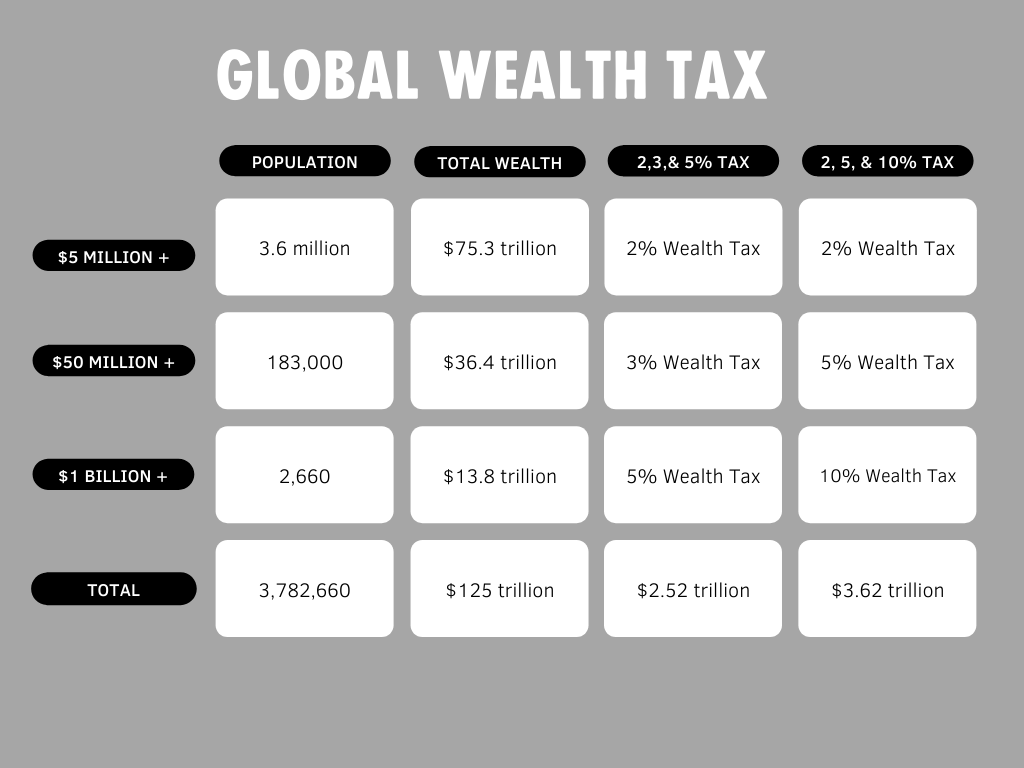 There is an extra step that once again wont cost the average citizen anything and is extremely befitting; the reallocation of fossil fuel subsidies worth $5 trillion a year. Should we use these subsidies to fuel the growth of renewable energy and plant-based protein alternatives, our climate and biodiversity war chest would total around $10.62 trillion, almost thrice the U.N. estimate for economic decarbonization.

The next time you hear someone say it is impossible to solve the climate and biodiversity crises, let them know that the only thing impossible is governments actually actingwithout massive grassroots pressure. If we can terraform a hostile red planet 330.47 million km away, we can certainly fund the transition to a zero-carbon economy on Earth.