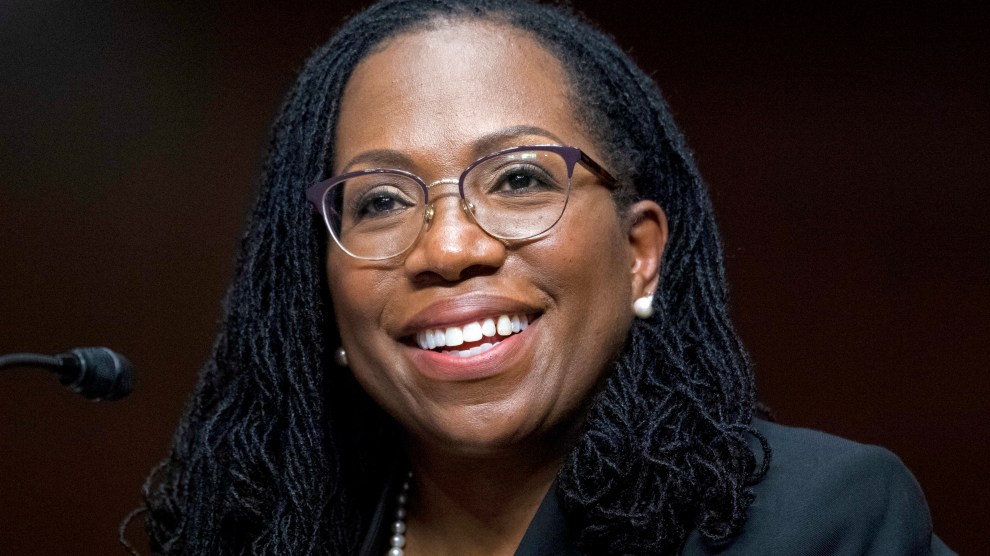 It’s official: Supreme Court Justice Stephen Breyer is retiring. The question now is who will replace him.

President Biden appears poised to make good on his campaign trail promise to nominate the first Black woman to serve on the Supreme Court. White House press secretary Jen Psaki confirmed that plan at today’s White House press conference, saying, “The President has stated and reiterated his commitment to nominating a Black woman to the Supreme Court and certainly stands by that.” Biden has already nominated eight Black women to the US Court of Appeals, five of whom have been confirmed. (Before Biden, only eight Black women had ever served on federal appeals courts.)

In just 1 year, President Biden has nominated as many Black women to serve on federal appeals courts as there were in the entirety of American history when he first took office.

Whoever it ends up being, the process will likely be fast. Democrats, faced with the possibility of losing the Senate majority in November, are planning to push Biden’s nominee through confirmation hearings on a timetable comparable to the one former Majority Leader Mitch McConnell pursued for Justice Amy Coney Barrett in the weeks leading up to the 2020 election. Just 35 days passed between Barrett’s nomination and confirmation. (Having qualms about such speed? Don’t forget that six states with Republican governors are represented by Democratic senators over the age of 70.)

“President Biden’s nominee will receive a prompt hearing in the Senate Judiciary Committee, and will be considered and confirmed by the full United States Senate with all deliberate speed,” Senate Majority Leader Chuck Schumer said in a statement.

Not everyone agrees. Sen. Dianne Feinstein (D-Calif.), who is 88, says that the Senate Judiciary Committee “will have ample time to hold hearings on President Biden’s nominee.” Feinstein stepped down from her position as the committee’s ranking member after she took a bipartisan approach to Barrett’s rushed confirmation, thanking the Senate Judiciary Committee Chairman at the time, Sen. Lindsey Graham (R-S.C.), and concluding, “This has been one of the best set of hearings that I’ve participated in.”

.@SenFeinstein doesn't see a rush to confirm a Breyer replacement:
“With six months until Justice Breyer departs the court, the Senate Judiciary Committee will have ample time to hold hearings on President Biden’s nominee."

The Truth About Slushies Must Come Out