There’s an Asshole in This Photo. There’s Also a Dog.

by Inae Oh
in POLITICS 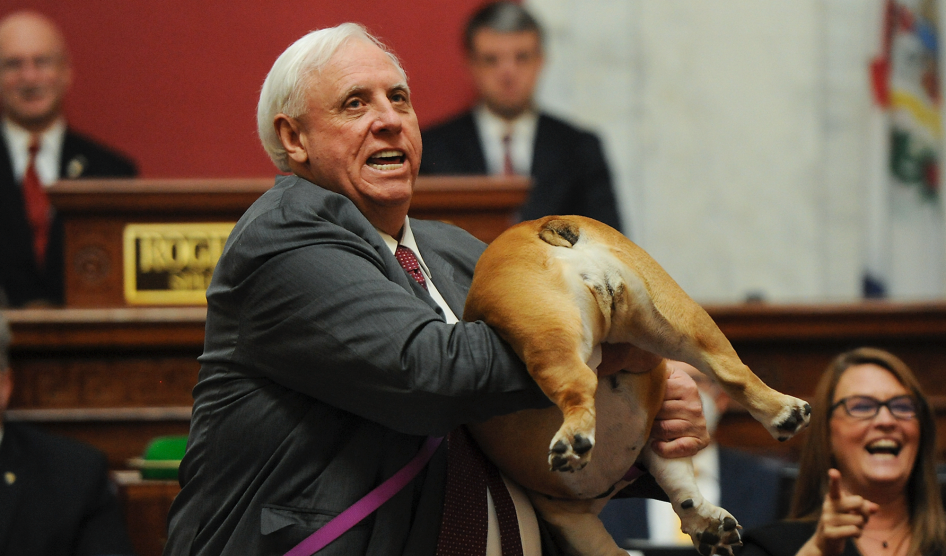 A feud with Bette Midler, in which the actress was forced to apologize for calling West Virginia “backward” as she condemned Joe Manchin last month, has landed in just the place such dumb, non-controversies deserve: the humiliation of a dog and her butthole on official state grounds.

That’s what happened Thursday when Republican Gov. Jim Justice pushed back on Midler during his second state of the state address, telling critics of West Virginians to kiss his bulldog’s “hiney.”

“They told every bad joke in the world about us,” Justice said. “So from that standpoint, Babydog tells Bette Midler and all those out there, kiss her hiney!”

He then held up Babydog’s rear end for emphasis, sending cameras flashing as photographers captured snaps of the bulldog’s butthole.

The crowd seemed to love it, though it’s unclear how wielding his dog’s butt will earn West Virginians the respect Justice says they deserve. But I guess that was never the end he desired.

.@WVGovernor Jim Justice closes his state of the state address: "Babydog tells Bette Middler, and all those out there, 'kiss her hiney.'" pic.twitter.com/eVsSRt004c