by Pema Levy
in POLITICS 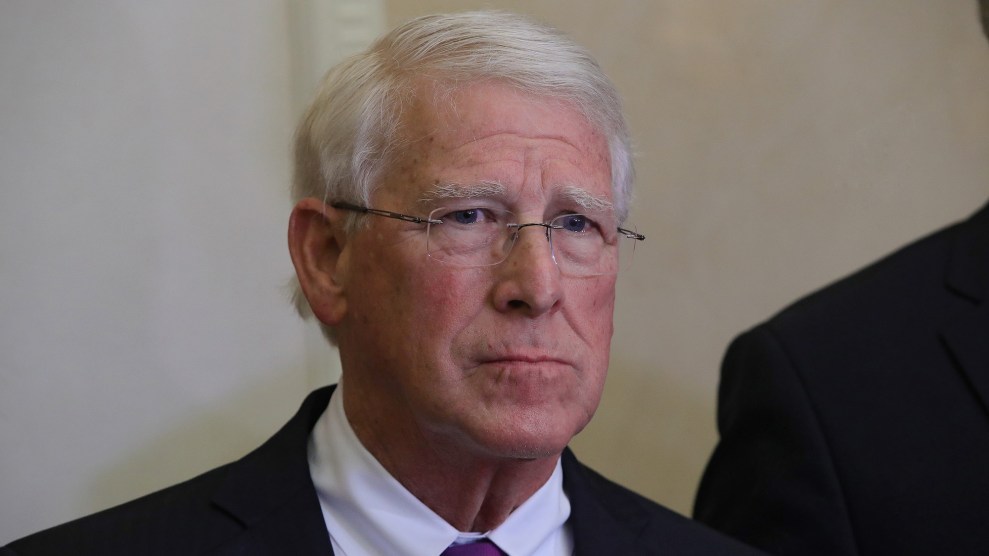 The Onion headline writes itself: White Man From South Thinks Black Woman Getting Unfair Advantage. In this instance, it’s Mississippi Republican Sen. Roger Wicker, who told a local radio host that the first Black woman named to the Supreme Court will be a “beneficiary” of affirmative action in getting the job. “This new justice will probably not get a single Republican vote,” Wicker said, according to the Mississippi Free Press.

President Biden’s pledge to nominate a Black woman to the highest court is ironic, according to Wicker, because the Court will soon take up two cases about affirmative action in college admissions. “Supreme Court is at the very time hearing cases about this sort of affirmative racial discrimination,” Wicker said yesterday on SuperTalk Mississippi Radio, “while adding someone who is the beneficiary of this sort of quota.”

Wicker did not remark on the great advantages that have helped him ascend to the Senate. Wicker was born in segregated Mississippi, where his father, a county prosecutor, would go on to be a state senator and judge. Wicker followed in his footsteps as a legacy admission to the University of Mississippi law school, and got his first taste of national politics as a 16-year-old page for virulent segregationist Rep. Jamie Whitten (D-Miss.). Wicker just might have benefited from, as he put it, “affirmative racial discrimination.” Today, we call that white privilege. Just 11 of 100 sitting senators are people of color—the most diverse Senate ever. White privilege surely has something to do with that.

Wicker’s comments illustrate the racial hierarchy he benefited from. In replacing Justice Stephen Breyer, a white man, with a Black woman, he bemoaned the transition “from a nice, stately liberal to someone who’s probably more in the style of Sonia Sotomayor.” The white man is considered stately, but the Latina woman he usually agrees with is apparently not. And as the Free Press‘ Ashton Pittman points out, Wicker didn’t complain of affirmative action when Trump said he’d replace the late Justice Ruth Bader Ginsburg with a woman, following in the steps of Ronald Reagan, who promised to nominate the Court’s first woman, eventually appointing Justice Sandra Day O’Connor.

It’s only the bad kind of affirmative action when certain people get it.